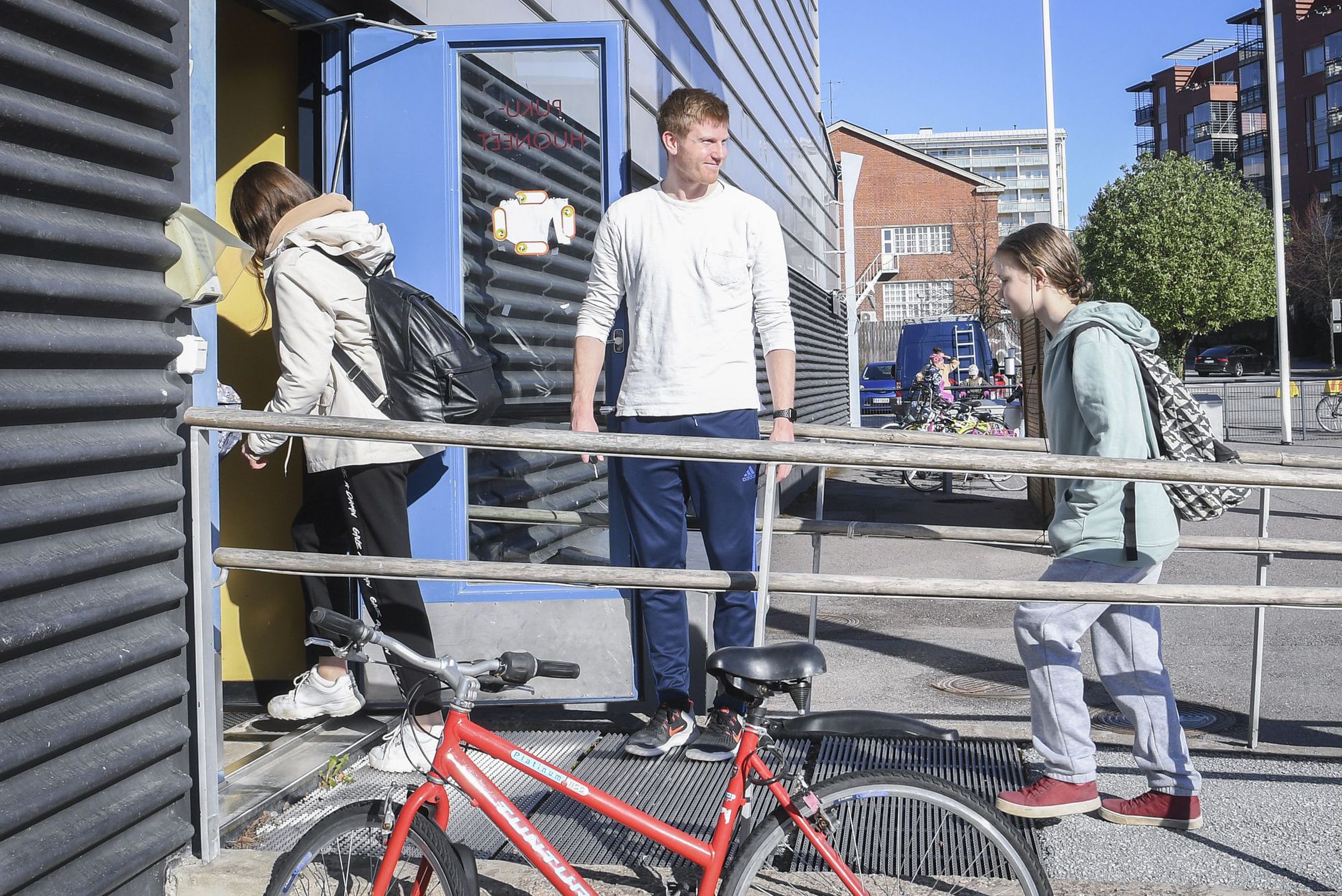 A teacher looks on as pupils arrive to start the primary school in Helsinki. Finnish government decided to open schools after two months lock-down and measures to stem the widespread of the SARS-CoV-2 coronavirus which causes the Covid-19 disease.
Kuva: KIMMO BRANDT

The Finnish Institute for Health and Welfare THL says there have now been 6,145 confirmed cases of coronavirus in Finland – an increase of 91 from the day before.

There have also now been 287 coronavirus-related deaths recorded in hospitals, elderly care homes and elsewhere – an increase of 3 from the previous day.

The number of new cases recorded in the seven days from 5th to 11th May was lower than in the previous seven days.

Around the country there are currently 143 patients in hospital receiving treatment for coronavirus, and 33 of them are in intensive care. The number of people in hospital and ICU is declining in all hospital districts.

Thousands of students in primary and lower secondary school went back to class on Thursday after almost two months of enforced distance learning during the coronavirus crisis.

Pupils and teachers returned with just two weeks to go until the end of term, and schools have had to re-arrange a new learning environment that tries to keep everyone as socially distant as possible. Not an easy task in a classroom setting.

"Luckily some free classrooms in our school that are being used for particular subjects like nature studies, arts and handicrafts, and we will turn those into normal classrooms, and that’s how we can take bigger groups and divide them” explains Principal Marja Perkkiö at Westend Park Primary School in Espoo, where they've ordered extra supplies of soap and paper towels for the pupils in grades 1 to 6.

In Ähtäri, Hermanni Huhtamäki just graduated from high school but he went back into the classroom on Thursday morning to work as a teaching assistant.

“Going back to school is a good idea because otherwise the impacts to mental health and social contacts would be much worse. Also, schools can get prepared for the autumn” he tells says. 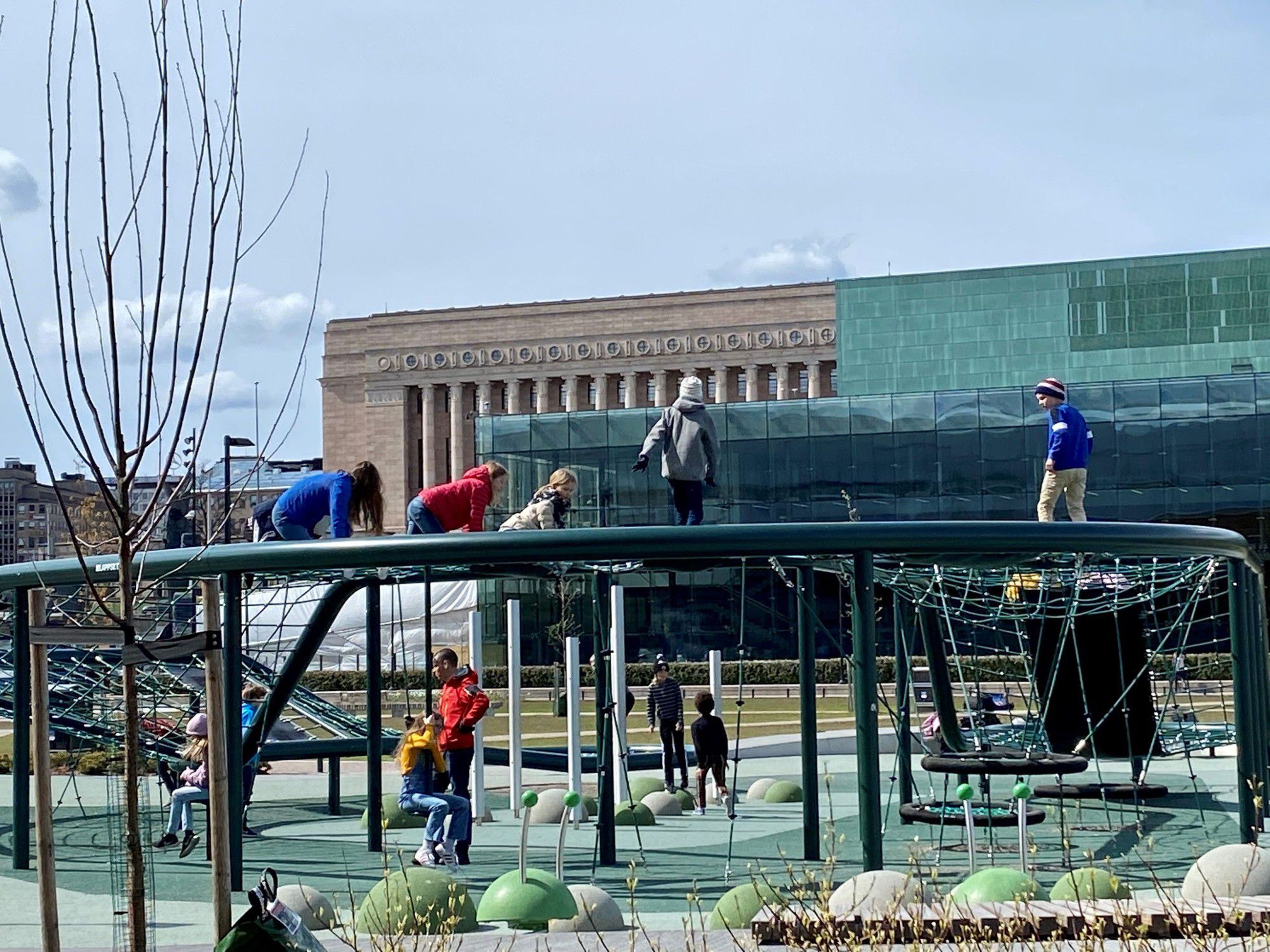 Children play outside in the centre of Helsinki on Thursday. Eduskunta or the house of Finnish parliament is seen in the background.

The government has unveiled a new fund to help businesses stay afloat, and hopefully avoid bankruptcies and mass unemployment during the coronavirus crisis.

“With the new support we want to prevent a wave of corporate bankruptcies and job losses. The aim is to help companies recover quickly from the coronavirus crisis and to avoid temporary furloughs becoming redundancies” says Minister of Economic Affairs Mika Lintilä (Centre) in a statement.

Lintilä noted that so far support for businesses has focused on future development, but now the government is looking to pay a percentage of fixed costs, and when the new law comes into force in the coming weeks, the previous system of grants from Business Finland and ELY Keskus will stop.

While the Federation of Finnish Enterprises welcomed the new cash, Chief Economist Ilkka Kaukoranta from the Confederation of Finnish Trade Unions SAK says that financial support would have been more sensibly organised with funds to cover short term needs coming first, then other help to fund future development coming later.

“My initial reaction it seems this crisis help for covering business losses are coming in the wrong order. It would be justified if it was a short crisis, or coming at the beginning of the crisis, but it looks like this crisis is a bit more long term than we thought" he explains.

Vaccination numbers down "significantly" due to pandemic

The number of infants being inoculated with all types of vaccines is lower than a year ago, and in some healthcare districts coverage of rotavirus vaccine, pneumococcal vaccine and the 5-in-1 vaccine which gives protection against diptheria, tetanus, whooping cough, polio and hib bacteria is "significantly lower" according to THL researchers.

"The corona epidemic has affected the implementation of the national vaccination program for children and young people. In several municipalities, the services of counseling and school health care have been limited. The parents have also moved the counseling times because of the coronavirus situation" says Mia Kontio from THL.

Nationally the proportion of children who received the 5-in-1 vaccine, which is given to children at ages 3, 5 and 12 months has dropped between 6% and 16% depending on the region. Coverage of the MMR vaccine which protects against measles, mumps and rubella is 10 percentage points lower than last spring. Eastern Savo is the only part of the country where the MMR vaccination rates are higher than last year. 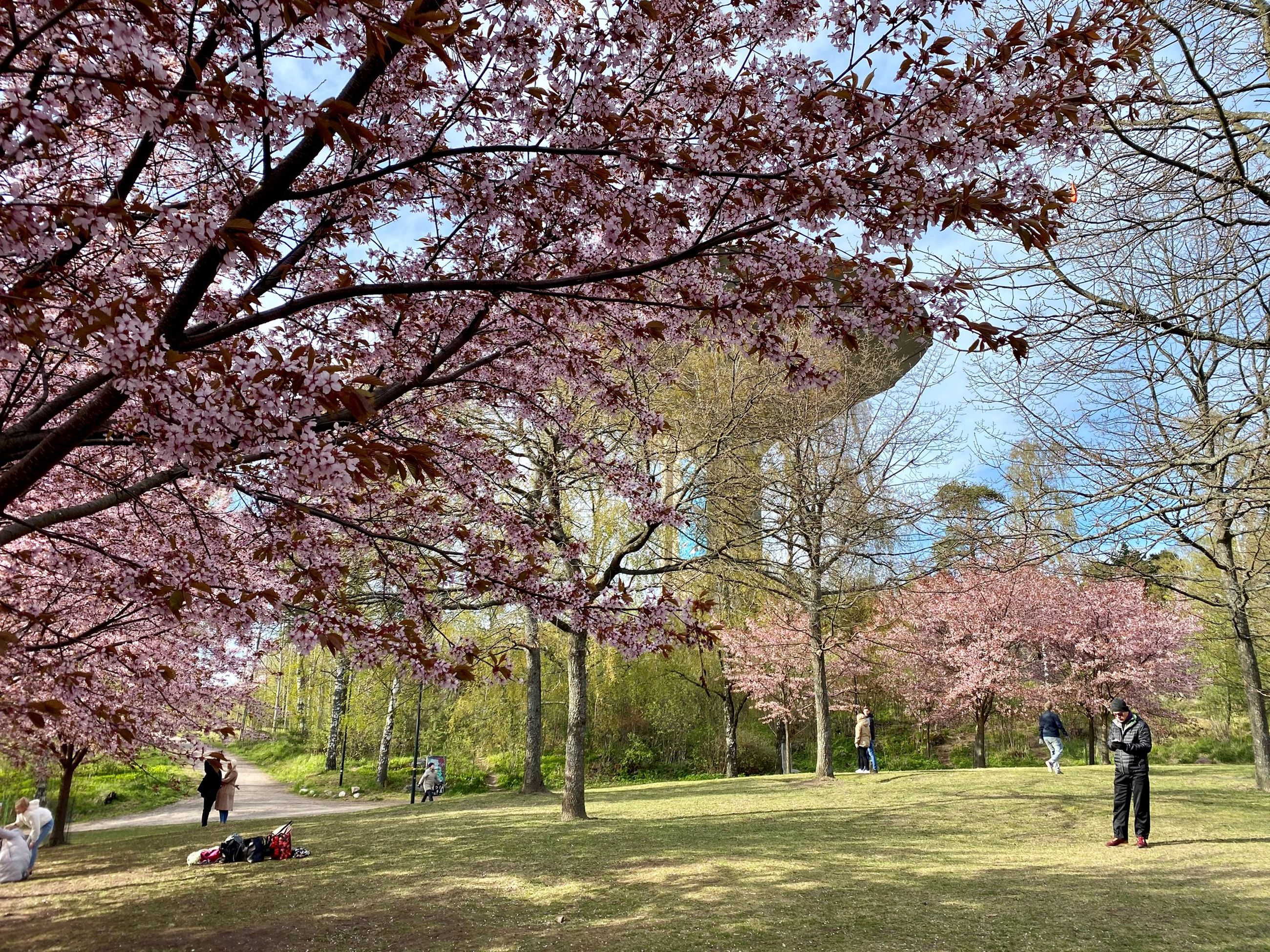 Kirsikkapuisto or Cherry Park in Roihuvuori, Helsinki, is a favorite spot for many during these early summer days. The pink cherry blossoms have not faded yet. On Thursday there was plenty of space, as media warned about the risk of coronavirus spreading in parks.

Two of the summers biggest arts and culture events in the Finnish capital have been canceled due to coronavirus.

The Helsinki Festival, which incorporates the Night of the Arts, was due to be held between 20th August and 6th September. Organisers say the safety and well-being of the public, artists and employees was their most important consideration when canceling the event.

Meanwhile Helsinki's Flow Festival, which attracts tens of thousands of music lovers over three days in Suvilahti in August, is also canceled.

Organisers say they'll focus efforts on planning next year's event and anybody who already bought tickets for 2020 can use them in 2021 instead – or get a refund.

People queue in front of a mobile trailer selling local beer in Espoo. The Oma Panimo microbrewery came up with a new way to boost beer sales during the lockdown.

The first delivery of masks bought by the European Commission has arrived in Finland. The Commission is bringing 1.5 million face masks every week to 17 EU countries and the UK as part of a bulk-buy of 10 million masks.

The Commission has allocated €100 million in emergency support to buy the healthcare supplies, which are being distributed on the basis of the number of coronavirus patients in hospital.

Finland's initial delivery is 10,000 masks, which will go first to Helsinki and Uusimaa Hospital District, which has the most Covid-19 infections and the largest number of patients in hospital for treatment.

The full stories and more can be read here: www.newsnowfinland.fi

As the coronavirus crisis continues our readers have an increased need for reliable information. Not all residents of our region are reached by Finnish or Swedish-language media. That's why we've started to publish an English-language news summary of the day's coronavirus news. The new round-up will be available online Monday through Friday at 7:30pm.


"Going back to school is a good idea because otherwise the impacts to mental health and social contacts would be much worse."
Hermanni Huhtamäki
Teacher's Assistant
Koronavirus Finland