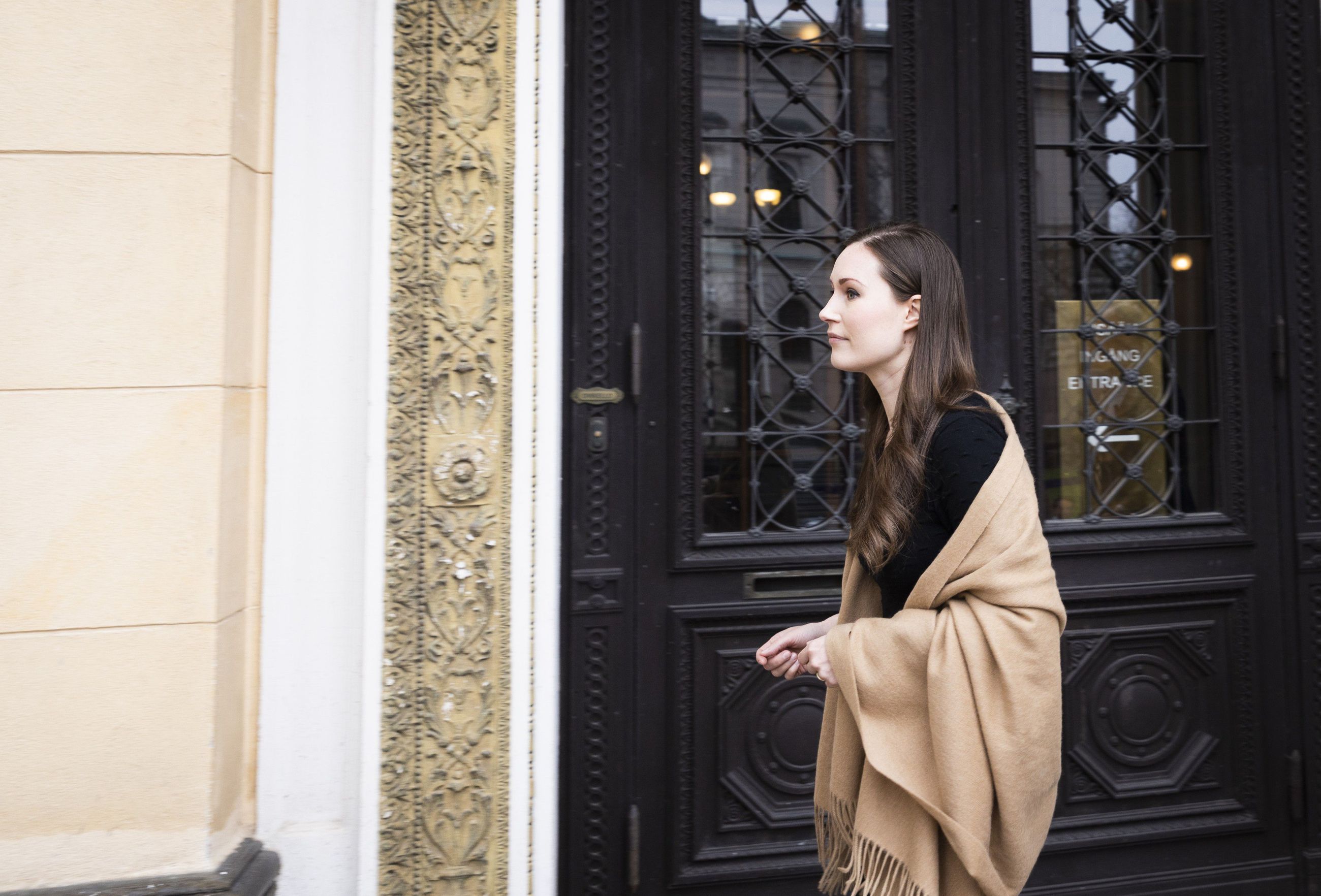 A new poll finds that Social Democrat, Green and Left Alliance voters thought the government has been handling the situation well – with up to 96% of SDP voters saying they thought Sanna Marin's government was doing a good job. 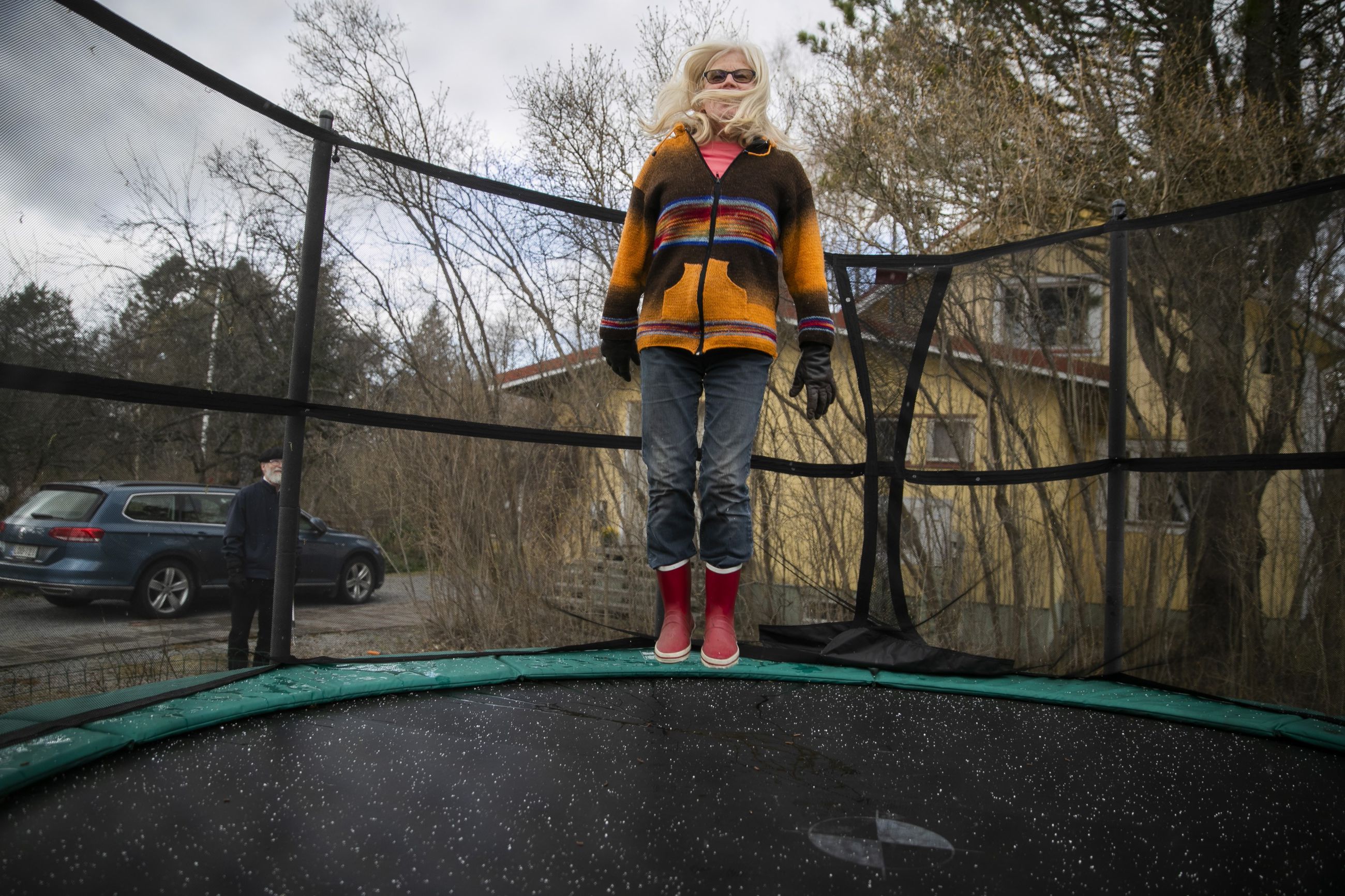 City of Tampere is set to open outdoor sports facilities for individuals and teams. Meanwhile Riitta Kurkijärvi, 70 plus, has been keeping in shape in her own backyard, bouncing on a trampoline. 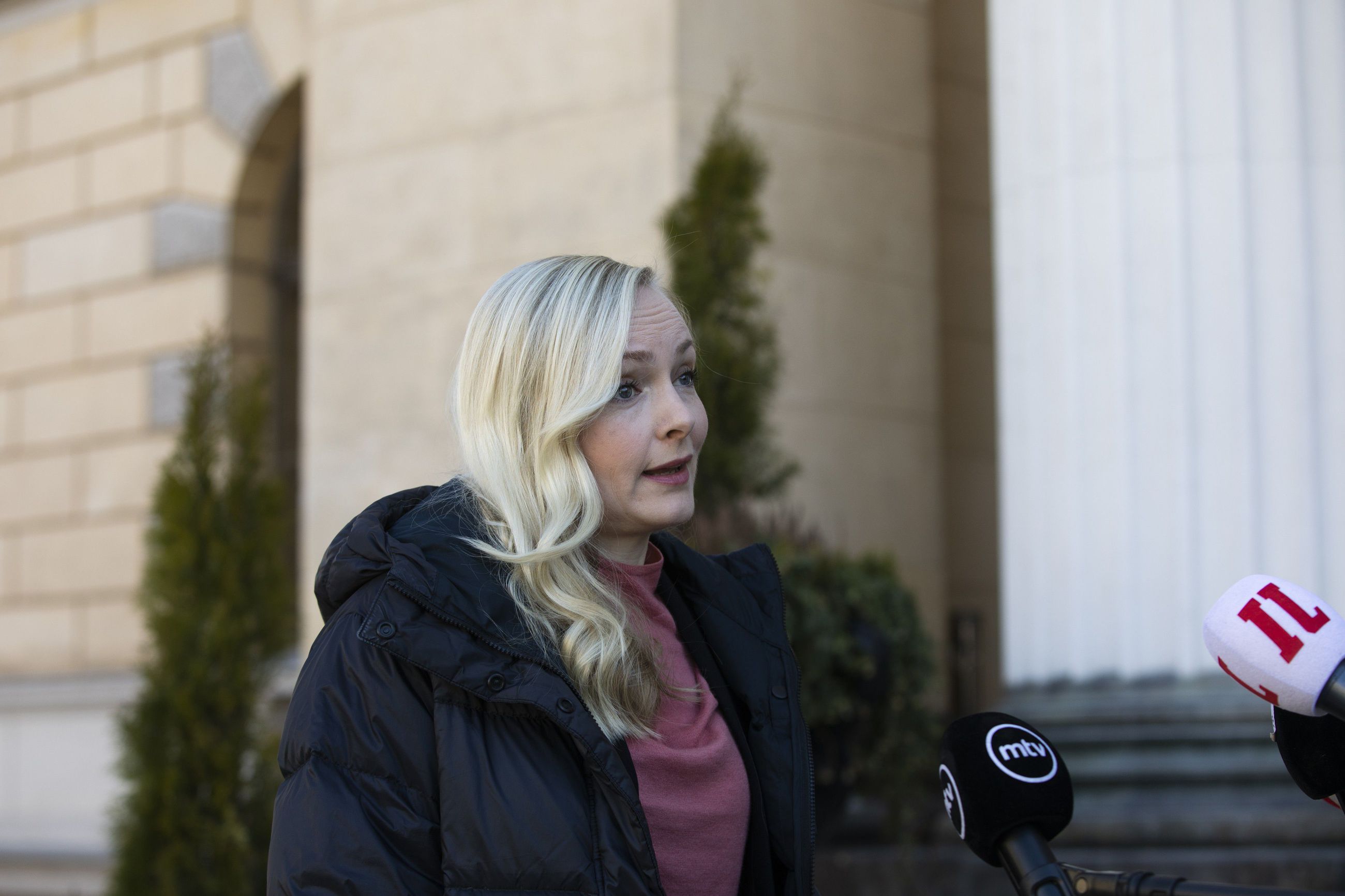 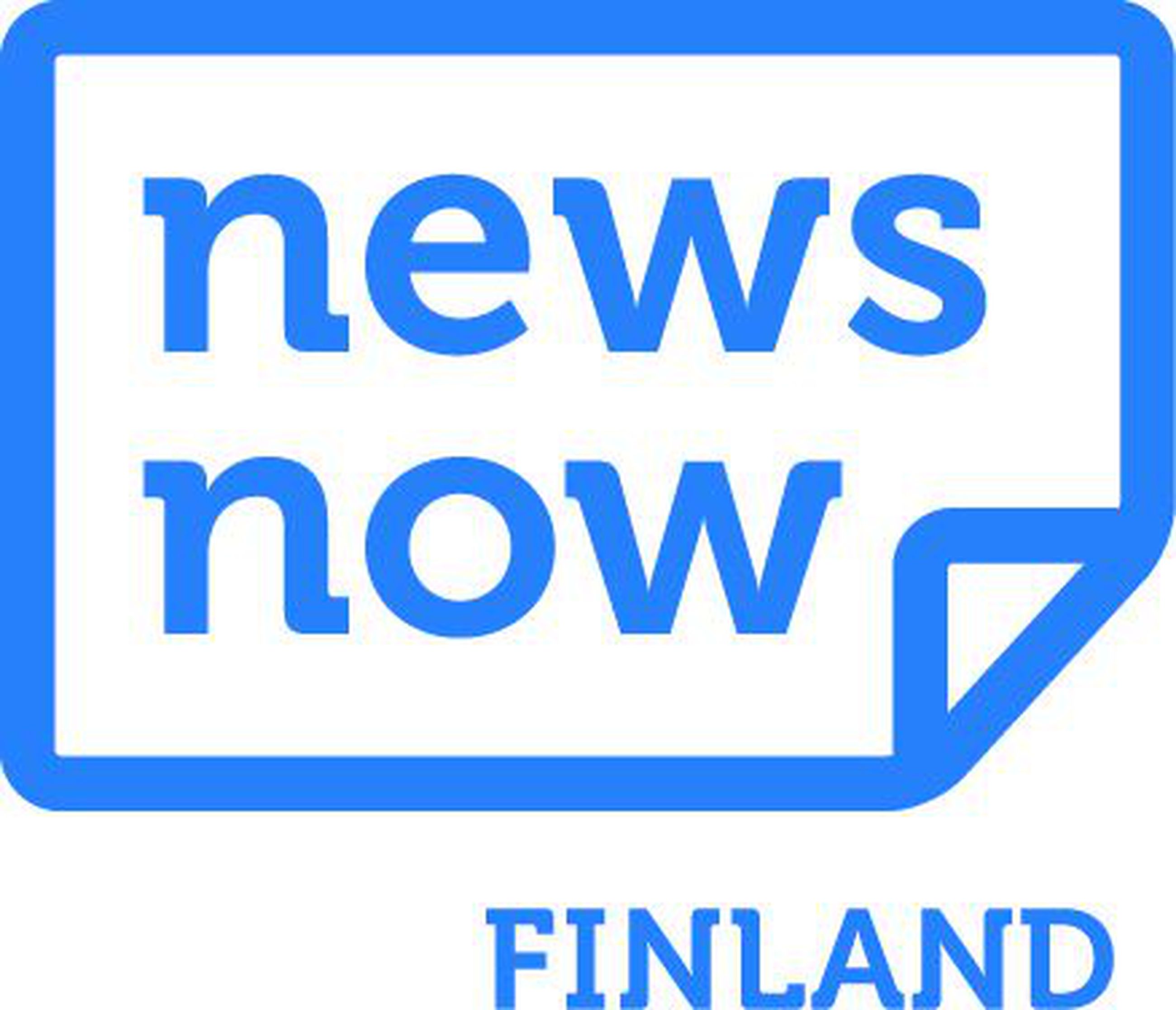 The Finnish Institute for Health and Welfare THL says there have now been 5.327 laboratory-confirmed cases of coronavirus in Finland – an increase of 73 from the previous day.

Overall more than 100,000 tests have been carried out and although THL says most cases of Covid-19 have so far been mild, there have been 240 coronavirus-linked deaths reported, an increase of 10 from the day before.

Across the country 197 people are receiving hospital treatment for their symptoms, with 49 in intensive care. The number of patients admitted to hospital has increased slightly in the Helsinki and Uusimaa Hospital District over the weekend.

A recent government decision to re-start primary and lower secondary school classes on 14th May was made after Finnish public health officials determined there was no great risk for children becoming infected with coronavirus.

However it's easy to find experts in Finland – and abroad – who hold opposing views. A new German and Swiss study, cited widely by Finnish media on Monday, concludes that children might be as contagious as adults.

So how do Finns, especially parents, figure out which scientists are correct?

"It's challenging because you need to be an expert in the field and really following that field for a long time to be able to judge the flood of scientific studies from different sources - good studies, bad studies, and everything in between" says Dr Mikael Niku from the Department of Veterinary Biosciences at Helsinki University.

Dr Niku points out that there have been a lot of new coronavirus studies published but they're not all been peer-reviewed yet, and that can lead to readers forming an incomplete picture based on one study, without the depth of understanding or context to know how important it is, or isn't. The German-Swiss study in particular has been criticised for the way it collected and presented data, and the conclusions it came to.

"It is surprising about the tendency of people to easily trust individual stories or individual science reports rather than the experts in THL" says Dr Niku.

Government ministers and public health officials have been locked in two days of discussions at the House of the Estates in Helsinki over the next steps to take in Finland's coronavirus restrictions.

It is anticipated that decision-makers could announce that upper secondary schools, colleges and universities can re-open again this month; that public libraries can re-open but with strict physical distancing measures in place; and that there could be changes to the limits on the number of people who can gather together in one place, at one time.

There could also be some new decisions on opening other public facilities like museums, and loosening restrictions on the Finland-Estonia border.

At the start of Monday's talks, Interior Minister Maria Ohisalo (Green) said even if there are new rules, Finland will still remain "a two-metre society."

The City of Tampere is set to re-open some public spaces for sports and hobbies from today. The decision was taken ahead of any government announcement to relax social distancing rules, even though hobby activities are officially considered non-essential and it is forbidden to gather in groups of more than ten people.

"There have been a lot of people using the outdoor routes, but safety distances have been well taken into account. It was decided to open the outdoor fields in order to slowly activate social activities to break the emergency conditions” says Lauri Savisaari, Director of Education Services at the City of Tampere.

Healthcare experts also gave their input to the decision, which means individuals and sports clubs can practice with 1–2 metres between participants. City staff will monitor fields to ensure teams are sticking to the rules. Changing rooms at outdoor sports facilities will remain closed for the time being.

Parents who are worried about the health risks of sending their children back to classrooms on 14th May are unlikely to be reported to authorities by the school.

In practice parents can ask for a leave of absence for their children from the school, especially during the two weeks when classes start back again, but before the terms end. And children belonging to special risk groups, with underlying health conditions, can be exempted from classes with a doctor's certificate.

Jaakko Salo says that if parents keep their children away from school without permission, and with no good reason, then in normal circumstances the school would report the parents to social services.

"But in this situation I don't see the schools will contact them during these two weeks we have left of the school year" he says.

OAJ would have preferred for schools to stay closed for now, evaluating what happens in other countries like Norway, Denmark and Germany when classes resume, then re-start Finnish schools in August again for the new academic year.

The coronavirus crisis appears to have solidified support for the government across almost all other political parties. A new poll in Maaseudun Tulevaisuus (lit. Rural Future) newspaper finds that Social Democrat, Green and Left Alliance voters thought the government has been handling the situation well – with up to 96% of SDP voters saying they thought Sanna Marin's government was doing a good job.

Meanwhile some 73% of National Coalition Party voters thought the government was handling the crisis well, and 80% of Christian Democrats agreed with that statement too.

However only 50% of Finns Party voters thought the government was doing a good job.

The survey was carried out at the end of April and was answered by 1,107 people. This latest poll comes just a few days after another more traditional survey of voting intentions found support for the Social Democrats had increased, while support for the Finns Party had fallen steadily over the last four months.

The full stories and more can be read here: www.newsnowfinland.fi

"There have been a lot of people using the outdoor routes, but safety distances have been well taken into account. It was decided to open the outdoor fields in order to slowly activate social activities to break the emergency conditions”.
Director of Education Services Lauri Savisaari

As the coronavirus crisis continues our readers have an increased need for reliable information. Not all residents of our region are reached by Finnish or Swedish-language media. That's why we've started to publish an English-language news summary of the day's coronavirus news. The new round-up will be available online Monday through Friday at 7:30pm.