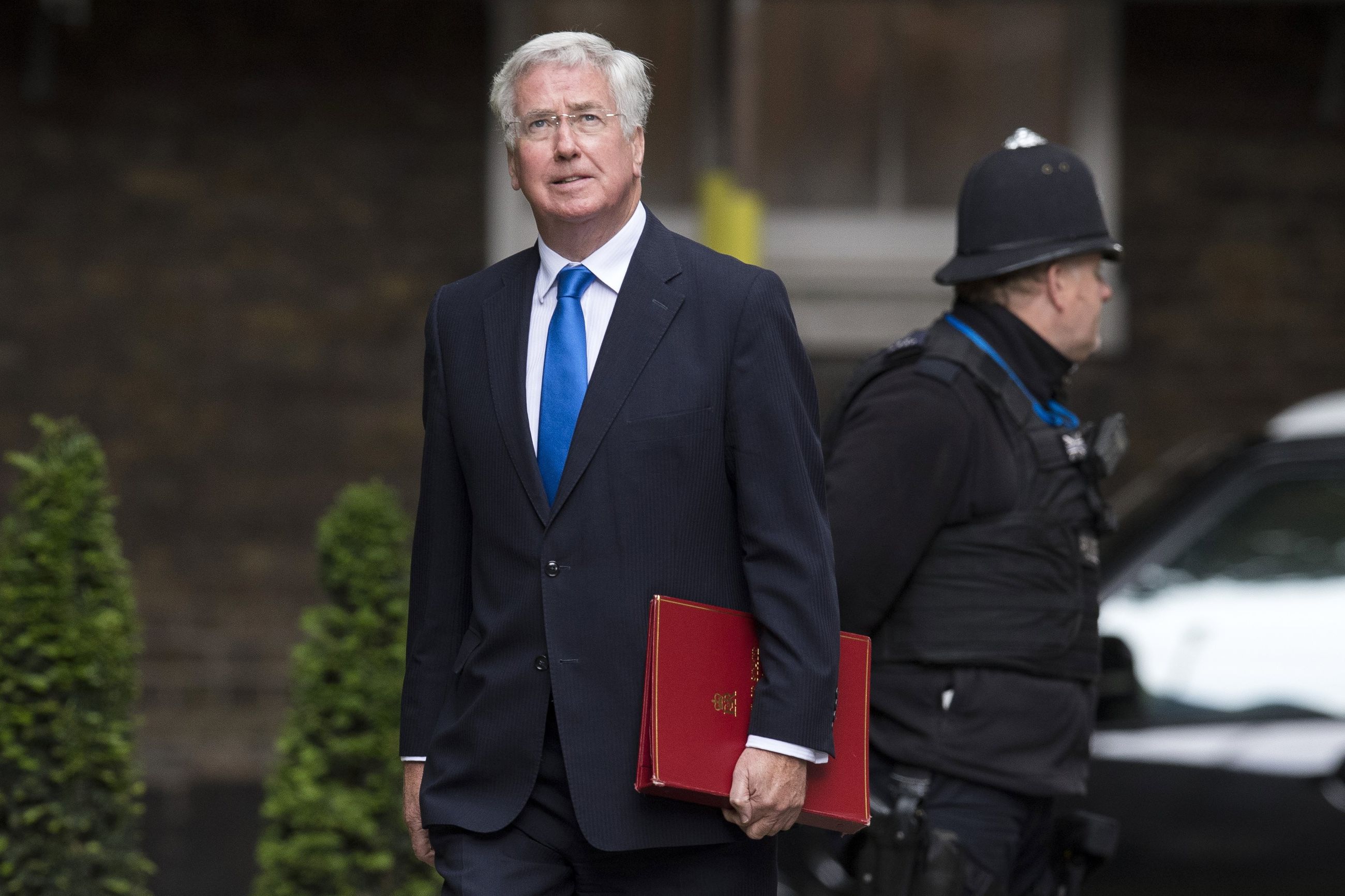 On Friday in Stockholm, Finland will sign an agreement on joining the 10 000-strong rapid response forces led by the UK.

The JEF (Joint Expeditionary Force) can be deployed to military operations anywhere in the world, including Finnish soil.

The UK’s contribution to the forces, which will be fully operational by the end of 2018, will include the lead commando, airborne, armoured, aviation, air and maritime task groups.

The UK Secretary of State for Defence Michael Fallon says in an interview with Lännen Media that the JEF can be deployed more rapidly and flexibly in an actual situation than the combat forces of NATO or the EU.

“The JEF is not NATO. It is NATO’s duty to respond to any Russian aggression, but NATO has 29 and the EU has 28 member states. They are extremely large organisations where decision-making is inevitably bureaucratic. The JEF is more adaptable and agile and can be deployed very quickly to humanitarian tasks, to rescue our citizens from crisis hotspots or to conduct more minor military missions,” Fallon describes.

Fallon: "Finland is not alone - it can be expected that our military cooperation with Finland will increase”

Fallon stresses that the UK wishes to enhance its bilateral defence cooperation with Finland. In a worst case scenario, could the government of Finland call London and request for military assistance?

“We help each other. We are already doing so through multiple groups, such as the Northern Group. The JEF provides yet another collective form of partnership, and its core is formed by the UK, The Netherlands, the Baltic states, Denmark and Norway.”

“So the answer is yes. Finland is not alone and Finland should not be alone,” says Fallon.

The history behind the JEF cooperation is interesting. Seven founding countries signed the agreement on 4 September, 2014, at the NATO Wales Summit on the air-defence destroyer HMS Duncan of the Royal Navy.

Russia had annexed Crimea in the previous spring. Russian troops had invaded Eastern Ukraine. In Wales, NATO decided to reinforce its NRF rapid response forces whose military exercises Finland has also participated in.

However, exercises are not the same as actual involvement.

The UK is the largest military power in Western Europe and needs its own national spearhead for demanding international operations. The British established the JEF together with “like-minded partners”, as Fallon describes the allies.

Now, Finland and Sweden are joining the JEF countries. Fallon says that the enhancement of military cooperation is linked to the UK’s separation from the EU.

“Exactly. Since we are leaving the EU, we wish to work even harder to strengthen our other partnerships, our membership in NATO and the JEF and our arrangements in Asia and the Pacific. We must also strengthen our bilateral ties. It can be expected that our military cooperation with Finland will increase,” Fallon stresses.

Peacetime cooperation focuses especially on participation in humanitarian operations under the UN. At the same time, the purpose of extremely rapid combat forces is to reinforce the deterrent, preventing the use of military force to threaten Finland, for example.

“We are like-minded countries and have worked together in the EU. Unfortunately, that will come to an end in two years. We are leaving the political union, which is why we are reinforcing our military partnerships. We are the lead nation of NATO’s Enhanced Forward Presence deployment in Estonia, but are also forming smaller and highly practical JEF task groups,” says Fallon.

He goes on to send a security policy message to Finns - and to the neighbours of Finland.

“I hope that the JEF will bring reassurance to countries like Finland and Sweden. Membership provides them with groups of friends who are ready to take action and provide assistance,” says Fallon.

One of the elements of the JEF are the British commandos.

Director-General Janne Kuusela: "We must make arrangements that enable that assistance while the going is good”

Director-General Janne Kuusela from The Defence Policy Department of the Ministry of Defence of Finland points out that it is too late to try to build aid mechanisms in a crisis.

“If and when we hope to receive assistance, we must make arrangements that enable that assistance while the going is good,” says Kuusela.

On 1 July, acts will enter into force in Finland to enable the provision of and request for military assistance.

The force headquarters of the JEF were tested last year in Cornwall.

“This year, we will organise a Joint Venture exercise where we develop the forces towards becoming fully operational. It is entirely up to Finland to decide on the kinds of troops it considers appropriate for the JEF, which is a club of volunteers. Not every country is expected to take part in every mission,” Fallon points out.

Fallon says the JEF may train in Finland and elsewhere in the Baltic Sea region in the future.

According to Kuusela, Finland could initially offer an infantry company or, for instance, an NBC company specialising in the prevention of chemical threats. The company is about 200-strong and the NBC is about 50-strong in international operations.

"The JEF is probably faster"

Fallon emphasises the speed of the JEF. There is no formal decision-making mechanism, so, according to Fallon, the special forces of the JEF should be on location faster than e.g. NATO’s VJTF spearhead force, which must be ready to deploy within 48 hours.

“We want to keep the operations relatively informal and agile. The JEF is probably faster. I wish to emphasise that it is a group of like-minded members, separate from the NATO, who work together in practical situations.”

“The JEF is not designed against any particular threat, but as member of the JEF, Finland and Sweden can consider the other seven countries their natural allies,” Fallon defines.

During times of peace, the JEF may work to prevent dangerous diseases, evacuate citizens of member countries from crises or hijackings and prevent genocides, says Fallon.

“The best example that I can give of the JEF’s activities is the UK contribution to the prevention of Ebola in Sierra Leone where we delivered a hospital ship.”

“Whether the problem is in Tripoli, Beirut or Rwanda, and whether it be a British, Dutch or Norwegian plane that is deployed, the forces of the other countries may join in,” says Fallon.

Although the JEF is not NATO, one must ask about the threat that Russia poses in the Baltic Sea as Finland joins the rapid response forces of like-minded countries.

“We have seen a much more aggressive Russia in the past three years: the annexation of Crimea, the destabilisation of Eastern Ukraine and increased aerial activity and submarine operations. We will respond to the actions of Russia, but that will be done through NATO,” states Fallon.

Outside NATO, European military powers are rapidly enhancing their cooperation, and Finland is involved in this process through various arrangements.

Fallon says that the rapid response forces of the UK and France are prepared to join forces, if necessary.

“We are also enhancing our defence relations with Germany. These are new relations,” says Fallon, emphasising the UK’s strong will to defend Western Europe, which Finland also belongs to.